ards and applies them to companies in the automotive radio frequency field. This article is contributed by Zhang Qifan, the on-site technical support manager of Rosenberg's Asia-Pacific business unit. It analyzes the skin effect of RF connectors. If you have different opinions on this topic, you can leave a message in the text.。

For RF high-speed channels, there are two factors that determine the pros and cons of the final transmission. The first is the performance of the signal when it passes through the medium such as the connector cable. It includes the relevant items of the overall signal integration, focusing on the signal itself and the signal. The other factor is the ability to withstand the electromagnetic interference in the space. In the relationship between single/multiple signals and the external environment, this paper mainly tries to make a popular explanation from the perspective of the physical meaning of each phenomenon based on the relevant technical knowledge of the signal's own characteristics.

Before discussing other issues, we must first introduce a basic phenomenon in the RF transmission - the skin effect. The skin effect means that when a conductor passes a high-frequency current, in the conductor cross section, there is a phenomenon that the current density at the edge portion is large and the current density at the center portion is small. Why is this different from the DC current?

Referring to the following figure, when the RF signal propagates, there is an instantaneously increasing RF alternating current I in the transmission channel, which generates a magnetic field B with increasing intensity in space. Due to the increase of B, the space will have a reverse To the induced magnetic field, an infinite number of eddy currents i are formed. At this time, the current at the center of the channel is gradually cancelled by the eddy current, and the current at the edge portion is enhanced by the eddy current, and a phenomenon in which the current moves along the surface of the conductor occurs. 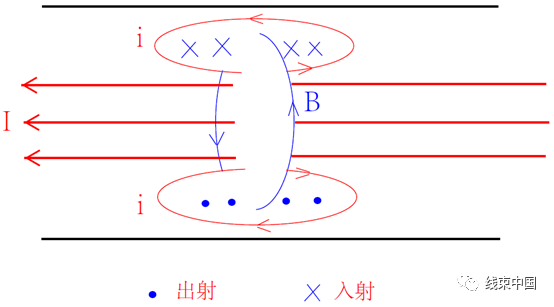 And the higher the current frequency, the smaller the skin depth. When the electromagnetic wave/high frequency alternating current is incident on the surface of a good conductor, the skin depth has the following formula: 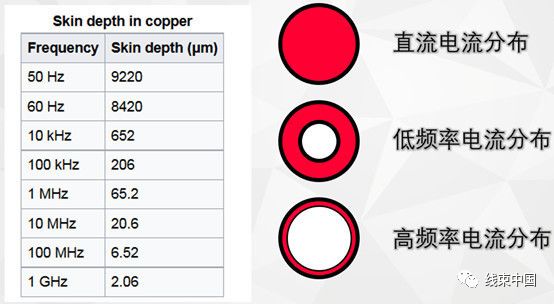 The skin effect is the basis of RF transmission theory and a guide in related design. It is said to be the guide because it points to the focus of product design: the proper outer diameter of the conductor, the quality of the conductor plating, the alignment interface, and so on.

Rosenberg has always insisted on self-control, therefore, the metal parts of the connector are produced in Rosenberg, and the plating process is strictly controlled. Currently, Rosenberg has registered his own gold-plated brand AuroDur.

Compared with ordinary coatings, Rosenberg coatings have the following characteristics and advantages:

Not susceptible to impurity contamination during the process

Currently, Rosenberg combines its expertise in automotive connectors to provide high voltage and data connectivity solutions for hybrid and electric vehicles. In the face of fierce market competition in the future, Rosenberg will strive to create value, continue to focus on customers, achieve continuous growth, and work with industry colleagues to promote the industry.