The Importance of Connectors in Industrial RobotsNews

Connectors are used to transmit power and signals between cabinets and robots. Connection interfaces can be insrted in the head of the robot with appropriate connection technology. These interfaces connect the robot to the internal network of the factory through the communication controller.

The space on the production line is becoming more and more compact, and the robots are becoming smaller and smaller. Especially when the robots work in high temperature environment and have special requirements for connection technology in harsh environment, the role of connectors becomes more important. According to different requirements, connectors are mainly used in the following situations of industrial robots:

Robots need more and more sensing sensors. In order to operate more complex assemblies, they must be smaller and more flexible. Han #industrial connectors can support the development of such robotic systems through miniaturization and ensuring shielded data transmission

In addition to electrical signals, modular connectors can also transmit compressed air, light waves and large currents. As a "hybrid" interface, they accomplish the task of several small individual interfaces. In order to make the best use of the space in the connector, Haoting continuously increases the interface density of Han-Modular < modular connector. For example, Han D </ Han DD < high pin number connector sockets, up to 216 pins, transmission power or signal up to 10A/150 V. 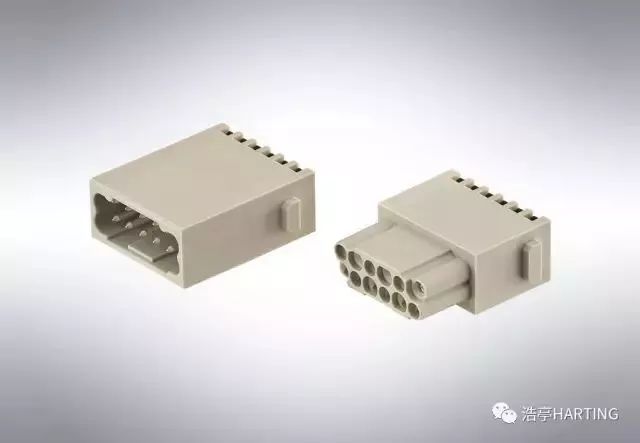 The second example is the Han high density module: when full load, there are 25 pins in the module, which can transmit 4A/50V signal. Other HAN modules with higher contact density are also being developed.。

An Integrated Shell for Robots

For example, Han #72 DD is often used in industrial ovens. When the width is 78 or 85 mm, the Han #72 DD socket provides 72 pins, which can transmit both signals and electricity. In addition, Haoting recently developed a Han K 32/55 connector, which has 32 power or signal pins (10A/250 V) in addition to 55 signal pins (4A/50 V). This "hybrid" connector does not require more space than Han 72 DD. In order to reduce costs and save space, robots need to reduce the number of interfaces as much as possible. According to the principle of "two in one", such an interface in the 10B standard housing is enough to meet the needs of power and signal control of an industrial robot. 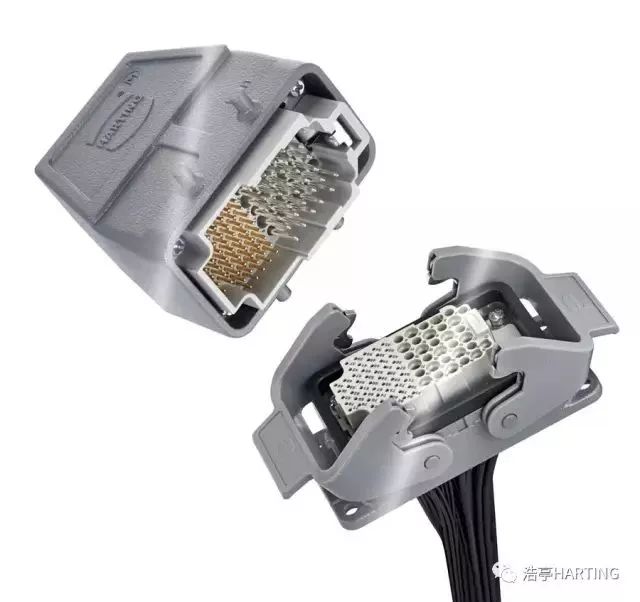 Reducing the Height of Robot Interface

Han < 10 HP Direct provides more space: the shell is nearly two centimeters higher than the high-structure version of Han < B. Hence, the new Han < K 32/55 with 87 contacts is easy to operate and can be comfortably insrted in o the housing, including cables. In addition, the increase in space is due to the use of fixed screws. For users who do not want to use a tool-free locking system, the highest density of the Han-Modular connector, i.e., the Han DD Quad module, remains the best solution for the robot interface. 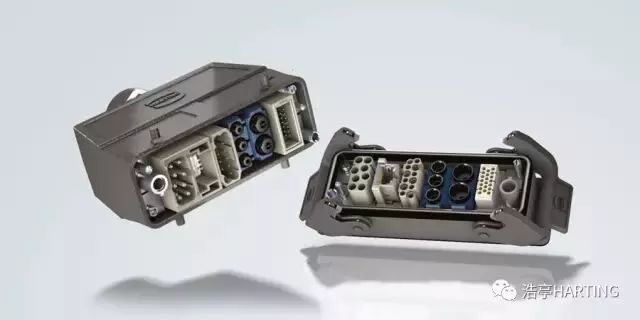 Miniaturization to the last millimeter

Valve terminals are an integral part of the pneumatic automation system. Today's devices usually use fieldbus to communicate, allowing for the integration of various electrical functions. In addition to considering the flow rate, one of the key product characteristics is the need for compact design. Festo (Fisto) is the inventor of the valve island and today has become one of the world's leading suppliers of pneumatic and electrical automation technology. Festo developed a new VTUG valve island using Har-flex < PCB connector series of Haoting. The valve island has a higher flow rate and a more compact design.

Through its compact design of 1.27 spacing, the connector can save more space when designing the equipment. Especially important for Festo, Haoting's 30 pins can provide accurate pin count for the company. The whole product family can provide any even number of pins between 6 and 100, which is the standard of Haoting customers.

Despite increasing miniaturization, connectors are characterized by high robustness. In addition to the reinforced wall thickness of the insrts, the additional side mounted SMT fixtures ("compaction") always ensure a safe connection with the PCB, making the connector very suitable for industrial electronic equipment. 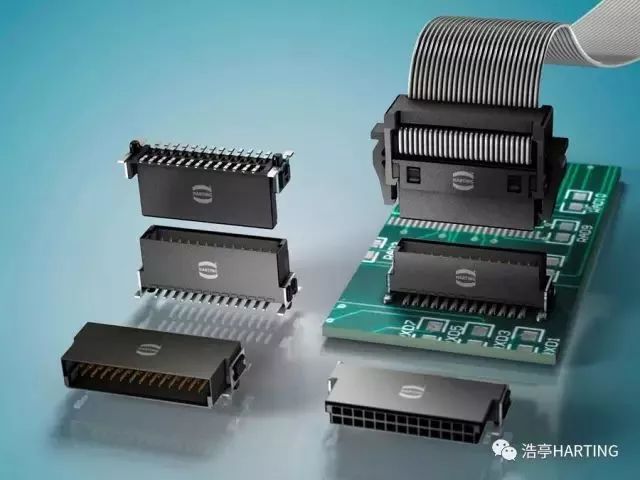 Reliable transmission of data, signals and power in all performance ranges is one of the basic requirements of industrial applications. The new HARTING PushPull signal connector always meets these requirements in a unified connector system. 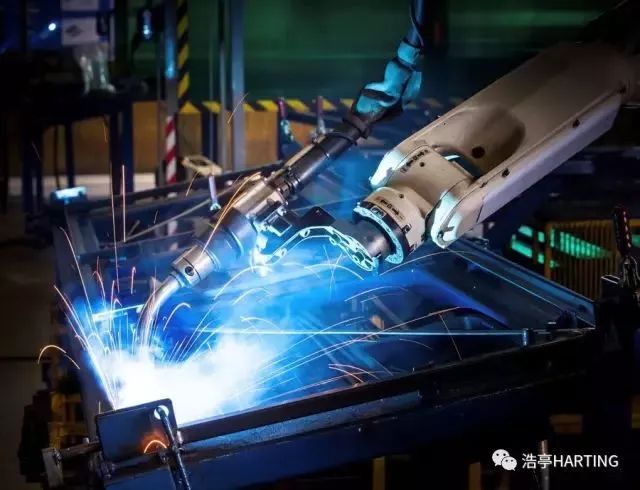 According to the guidelines of PROFIBUS User Organization and AIDA (German Automobile Manufacturer Automation Program), Han PushPull Variant 14 is the preferred connector for distributed automation systems in data transmission and power supply fields.

HARTING PushPull transmits 5A rated current at 10 contacts, with a conductor cross-sectional area of up to 0.75 mm. In order to ensure electromagnetic anti-interference ability, the contact plug-in is completely shielded as RJ45 data connector, which can connect shielded cables. The locking function of PushPull ensures reliable connection of connectors. When insrting, a "click" indicates correct locking. 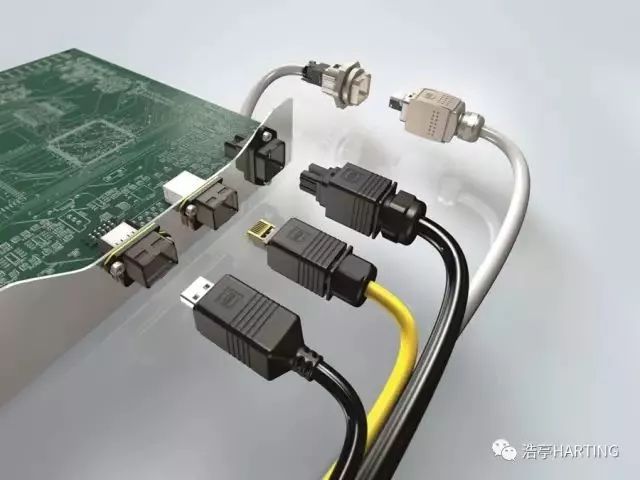 Simple wiring on site is the key. PushPull signal connectors are pre-assembled at delivery, thus minimizing the number of user-separated components. Connectors are installed by insrting each pin in o a pre-assembled insulating plug-in.

Just press the insulating plug-in to lock it to the final position and fix the crimping pin in place. Users can easily correct any errors that occur after installing insulation plug-ins. Using factory prefabricated cable assemblies of different lengths can reduce the workload of on-site processing. 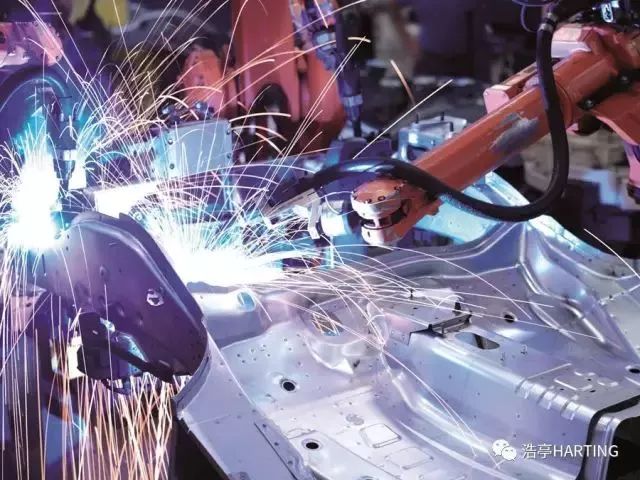 Laser cutting systems do provide high precision in modern manufacturing. For the power supply of these systems and for control purposes, the laser system designers believe in reliable HARTING connectors. The use of lasers is becoming more and more important in mechanical manufacturing, especially in the automotive industry. HARTING connectors contribute to the accuracy and reliability of these laser systems. In addition, they provide the possibility of rapid replacement of system components in case of failure.

Strong connectors and enclosures protect plug-ins from dirt, dampness and welding sparks, which are quite common in manufacturing processes. For example, Han < 24E socket with cage shrapnel connection is just suitable for this current transmission requirement. Through this connector, 24 contacts (rated current: 16A; 500V) in a housing can be realized for power transmission. The cage shrapnel connection is very useful in the assembly process of the machine and can provide very high vibration stability.

Sensitive signals needed for laser system control can be transmitted by using Han-Modular Quintax plug, which has very good shielding and attenuation function and can protect these sensitive signals from any existing electromagnetic interference, thus helping to ensure the reliability of the whole laser system.